Yesterday in spite of dire warnings from the BBC promising the close down of Britain, I achieved my flight from Manchester to Heathrow on time, and from Heathrow to Milano Linate on time. we were coached to Cadenabbia on Lake Como in good time and by 15:00hrs I was enjoying a delicious thick hot chocolate in a bar near the hotel.

Today is Christmas eve, and unfortunately it has been very very wet and grey and dark all day - not good for photos, be warned.

We coached to the town of Como, about 40 minutes, and then had a brief guided tour and 2 hours free time. After that we took the Jet boat to Bellagio passing George Clooney's Villa.

Bellagio was wetter so we dived into a lakeside restuarant for lunch. After that I wandered up the steep steps to the main town, then back down and then back up and down. Very picturesque, but would have been even better with some sun.

The hotel may well have been the Grand Britannia Excelsior at one time, the Grand is somewhat faded in a rather charming way, the Excelsior has quietly diminished along with the plumbing, and all that remains is the 'Britannia' which is true - we have parties from Just You, Shearings, Leger and another British coach lot. My shower has not worked since I arrived but they promise to have fixed it now.

Just You has a small party on this tour of about 20, but I know three of them from previous hols. We are getting along fine. 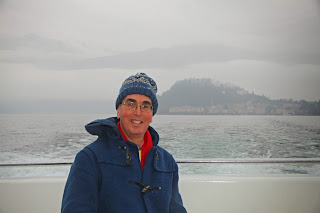 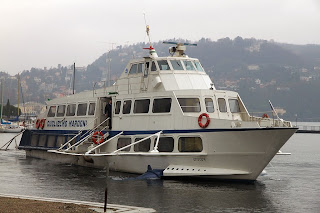 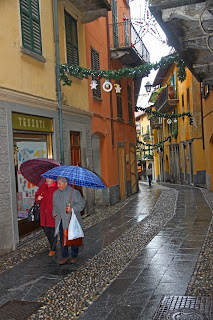 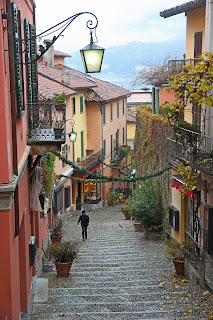 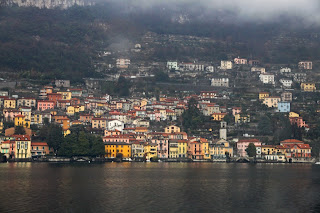