Many people would have thought that driving almost 300 miles from Kent to Cornwall was a big enough task to fill a day, but that's not the way we do things (apparently!), and the National Trust membership needed to be put to good use in spite of the transition we had to make.

So it was that we departed Tonbridge, after gathering a few quick photos and the makings of a picnic lunch from Waitrose. Our first port of call was due to be the gardens at Nymans, and perhaps I should have been a little concerned when Tomtom told me that the 28 mile journey would take an hour, but it took far longer. I wanted one last session with the Kentish lanes, a decision I was going to regret. The journey to Nymans via Eat Grinstead was a real grind, scarcely a stretch of road above 30 or 40mph, several sets of traffic light-controlled road works, and finally a very large tractor crawling along pulling a low loader bearing a JCB.

We paused at East Grinstead for relief and ambled along the pretty main street before finding a lovely cafe where we drunk refreshing tea and delicious lemon curd cake. Juris also purchased cigarettes, which tamed his tiger usefully!

Eventually we arrived at Nymans, once again using our cardboard box inscribed "THIS VEHICLE CARRIES A WHEELCHAIR" in place of the dreadful Blue Badge. But there was a change at Nymans; only two of us had to pay admission which because Juris and I had taken out NT membership meant that we were 'free'. These houses work on the principle that the carer of a 'less able' person is free, and that meant that Juris (or I !!) should have been free at all houses, but because we already had membership we were not given the 'carer' or 'companion' discount. At Nymans, however, they saw the absurdity of this predicament and waved us through - effectively 3 for 2 as it should have been.

The gardens at Nymans are set around the ruins of a manor house which suffered a number of catastrophic fires, the last in 1947. The stark burnt out shell makes a wonderful backdrop to herbaceous borders of colour and variety, with a frame of vivid green topiary at the lower edges of the light stonework. We had a long wander through the arboretum, the wild garden, and surprise surprise the Rose Garden. Having concluded that the sun NEVER shines in Kent, it touched everything with its brightest tentacles and gave us colour and sights of true beauty. I set a target of one hour to "do" Nymans, but needless to say nobody observed my limit.

The journey to Cornwall had to continue, and a route via Guildford and the Hogs Back was chosen in order to stay well south of London and avoid traffic gathering for the first day of Royal Ascot. Once we hit the A31 the tortuous lanes of Kent that had so impeded our earlier journey were quickly forgotten. Then onto the M3 and A303 and a chance to grapple with our huge journey with more determination; even so some cars did overtake us. My Peugeot 208 gave a lot of trouble last year, but now 3 up with a wheelchair and luggage for a week, I cannot complain. We achieved the A303 and later A30 at speeds I will not put in print, the car seeming to relish the extra weight which even improved the handling.

On a late afternoon just prior to the Midsummer Solstice we came across Stonehenge. We had phoned ahead to check on opening times, and having established that 17:00 was last admission the Tomtom ETA of 16:45 looked close, and hence the need to press on down the A303. Arrival at Stonehege was ahead of TomTom and we were quickly at the Ticket counter. Just as at Nymans our NT memberships were accepted and a 'companion' ticket given for free. Then onto a little Land Train driven by a rather struggling Land-Rover that took us all up to the monument.

Bathed in brilliant sunshine the megolithic stones made a majestic end to our sight seeing today. There isn't much you can do at Stonehenge other than amble around the circle covering about 11 hours of the clock face before turning and doing it all again in reverse. But the bright sun warming the stones also warmed our hearts, and we felt no need to rush, even with almost 200 miles still to go. We even sat outside the complex and enjoyed our (late) picnic, but don't tell sister Biddi who was waiting with a meal for us down in Cornwall ! Our picnic was brown rolls already spread with butter, to which each person could add Honey Roast Ham or Smoked Salmon pate which Waitrose had provided in Tonbridge (11 hours ago). We also had apples, fresh tomatoes, cucumber and a flask of Broccoli and Cheese soup. If that wasn't enough we also had bought in the Kentish lanes fresh Cherries and Cherry Tomatoes.

The clock said almost 19:00 when we regained the A303 and TomTom told us that arrival at sister's would be 22:15. It wasn't as simple as that, however, because the petrol meter told me that we would run dry 40 miles from home. I expected to join the M5 prior to Exeter Services, and thereby to resolve the fuel situation, but it wasn't to be because we joined at J29 and then were on the A30 from J30; no fuel. I phoned little brother from the car as he lives at Exminster. "Where is the next fuel on the A30?" He tried to advise us, and then a sign suddenly said "Services". Saved! Moretonhampstead provided us fuel and a little pause for my passengers who were informed that there would be NO MORE STOPS as we were already well behind schedule.

From here on in I could drive the journey wearing a blind fold. I know every inch of it, know when to overtake, when to cut the corners, when to be wary of the white car parked in a lay-by brandishing a speed gun. The only hiccup was just after the sign proclaiming "Welcome to Cornwall". Our welcome consisted of sitting stationary at traffic lights for 5 minutes, and then doing the next 3 miles at 10 mph behind a 'FOLLOW ME' tractor. Pressing on again, I quit the A30 at Boxheater, heading to the coast via Goonhavern and Perranporth through proper Cornish lanes - my favourite way.

22:25 arrival, and if you are exhausted by the account of our passage, consider how these three travellers felt after 12 hours doing it. Enjoyed the frantic drive though on a clear summer evening with little traffic. So to bed and the first sleep on ASDA's finest air mattress on my sister's lounge floor. 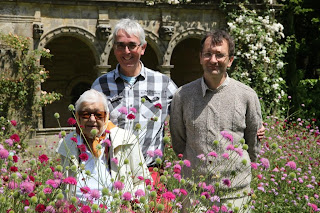 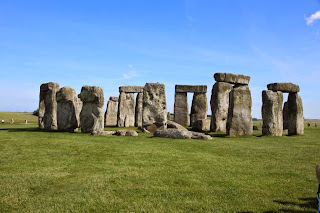