WE KAME TO KAUNAS

Kaunas is the third of the Capitals of Lithuania (coming after Trakai and before Vilnius). 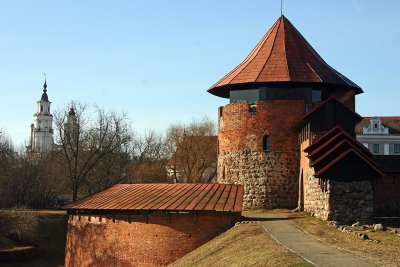 We visited both of the others, but our evening and morning in Kaunas impressed me more.

To start our explore of Kaunas we climbed to the top of the hill to the Upper Town. Not a very rewarding trek this except for the chance to view and to inspect the extraordinary white CHRIST'S RESURECTION CHURCH

I don't have pictures of this church (click the link to see some photos), but I will long remember the experience joining in the lighting of candles here at the Easter Saturday service. Click the link also to learn about the extraordinary on - off - on construction of this church and about how the 'Resurrection' is also the rebirth of Lithuania as a country. 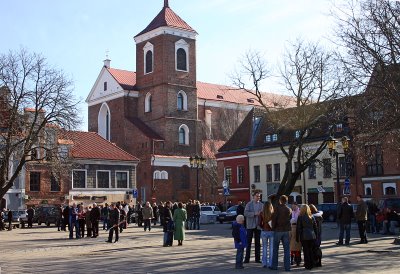 On Easter Sunday morning, we wandered around the delightful old town of Kaunas, busy with Easter worshippers milling around the many churches and the stalls of the Easter market bathed in seasonal sunshine (see link).

The history of Lithuania is quite interesting, because it has often been controlled by foriegn invaders. Teutonic Knights, Russians and Polish interests (see link). Lithuanians have a tradition of resistance to such control, and this is shown in the three photographs below. 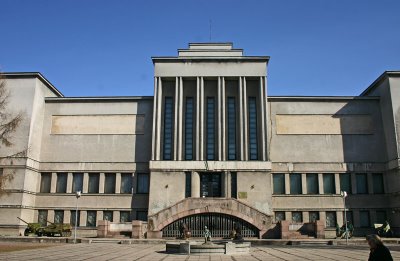 The picture above shows the Military Museum. This was built as a Museum, but during the years of Russian control (1944-1989) it was emptied of all its exhibits and used as a warehouse. It has only been restored in the last few years. 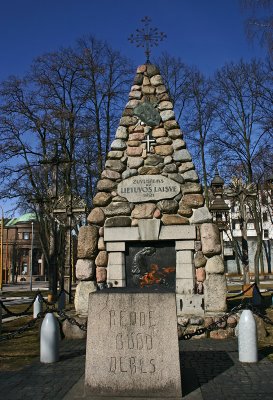 The monument above was erected in memory of those who died for the liberation of Lithuania in 1919 and before. It may not be a surprise to learn that the Russians destroyed this monument along with many other statues and commerative items. All has been rebuilt in the last few years and the eternal flame (just visible) burns again. 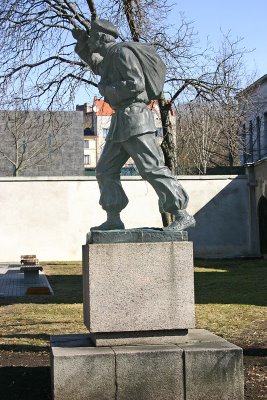 Posted by redsimon at 19:54 No comments: 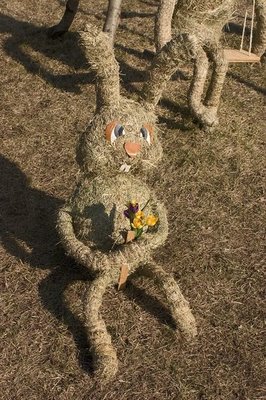 Easter week in Latvia.
Many such straw figures as this rabbit could be found in public places. This one is in a central park in Riga. 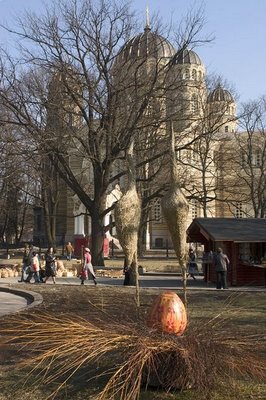 And here in the same Riga Park an Easter nest with two Cranes (or maybe Herons) standing in the distance. 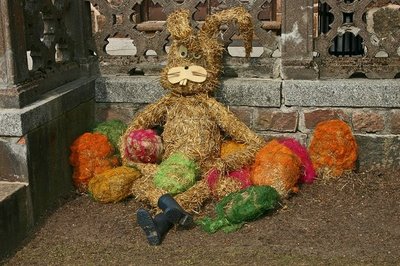 This jolly rabbit was found in the Latvian town of Sigulda. 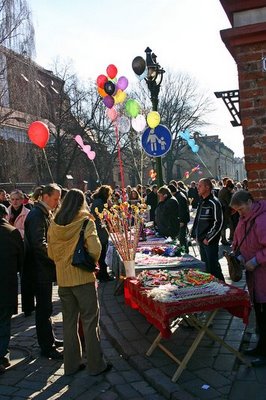 Here is a market in the square of the old town of Kaunas (Lithuania) on Easter Sunday morning. 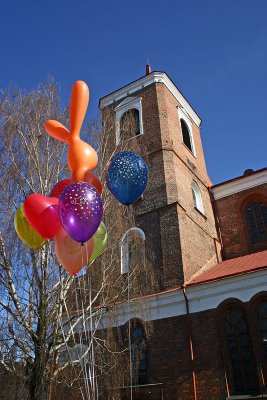 Juris and I attended a delightful Easter Saturday service in the modern (1930s) chuch in the Upper town of Kaunas where the lighting of candles was made. One week later we attended a similar service for Orthodox Easter at the Vladimir Church in St Petersburg.

Numerous other Easter services were 'popped into' during our Double Easter visit.
Posted by redsimon at 19:01 No comments: