COMO: THE EIGHT COURSES OF CHRISTMAS

Christmas Day. No activities planned, but on the Eve a group of us optimistically planned to take a walk along the lakeside on Christmas morn.

True to our word we gathered around ten and set off in the pouring rain. Immediately some confusion broke out and after 3 of us had dropped in on the little Mini Market, we found ourselves abandoned by the rest of the walking party, so I led our trio towards Turezzo(*). We walked along the side of the lake trying not to get splashed by the lake road traffic, and for a lot of the route we succeeded because the path was wide enough. The lake water immediately beneath the little guardrail was a dark slate blue, and its tormented surface was frequently pricked by solid shafts of the incessant rain. The town of Bellagio on the opposite bank was 'hatted' by small fluffy belts of clouds grasped by the towering hills above the town whose grip was irresistible.

The continuous rain, however, formed a veil in front of the far shore making everything indistinct. We weren't especially cold, and having expected nothing less than the weather that now happened, we continued our trudge towards Turrezo. This little habitation is pressed again towering hills on its back and drops into the 400 metre deep lake along its front edge. It is famous for being the source of that swearing disease which is almost fashionable now in Britain, at least on 'reality TV shows'. It was therefore no surprise when on entering a small bar/cafe that the greeting to us was "What the effing hell do you want?" Of course, to be understood properly by a sufferer from Tourette syndrome I must answer in like manner, "I want an effing hot chocolate you bag, and these two want some effing coffee, and merry bloody Christmas to you too."

The coffee was duly consumed and we paid, wishing each other a 'Fecking happy New Year' and then we trudged back to the hotel. On arriving, everything we wore had to be discarded and given up to the room heating to dry. Then we changed for Christmas lunch and at noon we queued past the massed ranks of the hotel staff who in full Christmas gear formed a guard of honour at the entrance to the dining hall. The meal itself was EIGHT courses - there might be a copy of the menu attached. It was stuffing. Other meals in the hotel had been self-service buffets, but Christmas dinner was waitered and the young band of helpers got out 400 covers for 8 courses, attended to drinks requests, and brought us all a present from Santa, in my case a nice tie. Well done.

The meal finished at 16:00hrs, and we reconvene at 19:00hrs for more food, oh dear. The photos below include a 'selfie' (well if Cameron can do it so can Simon), some Just Youers, and the presentation of the Turkeys.

(* We didn't really go to Turezzo, our coffee was politely taken in Tremezzo.) 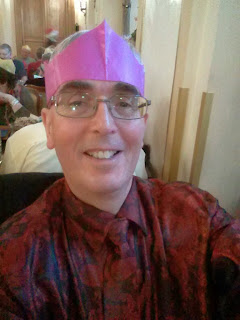 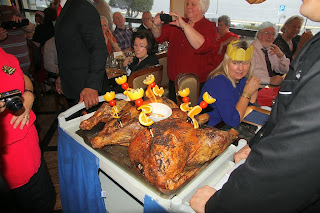 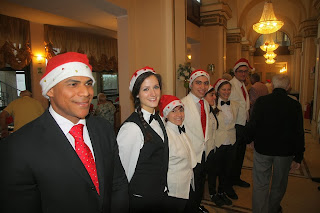 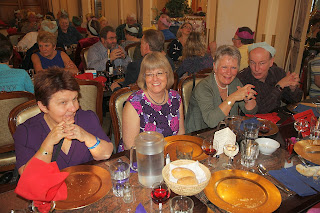 
$$$ URGENT LOAN OFFER WITH LOW INTEREST RATE APPLY NOW $$$
Do you need Loan to pay off your debt and start a new life? You have come to the right place were you can get FUNDED at a very low interest rate. Interested people/company should please contact us via email for more details.