Our first full day in the south of England began with the traditional English Breakfast. Last night's curled up sandwiches - this is only traditional for Juris, I think. But we decided to save money on a hotel breakfast, and that's what we had. I did take the precaution of buying milk and those miniature cereals packets so at least we were able to have a bowl of Cheerios.

Then we hit the road and headed back into Buckinghamshire for Waddesdon Manor, the huge pile designed and built by the Rothschilds in 1857. I remember seeing a documentary about the Rothschilds and about how in spite of all their wealth and being at the core of the British establishment they were still looked down on as being 'nouveau riche' and not really aristocracy. Well Waddesdon revealed a certain 'aspirational' thinking rather than a 'we've already got there so we don't need to boast about it'.

If the building date had been 1957 instead of 1857 then I would have said it was pure Disneyland and the whole edifice was stolen from 'Cinderella' or some other Walt Disney cartoon made before computers ruined the quality of the artwork. But maybe Walt stole his sets from Waddesdon instead. Its architecture is a jumble of bits probably plagiarized from a number of French Chateau and orther European buildings. The only unity is the poor taste and lack of originality. But it is impressive if only in size and grandeur.

However, the gardens were grand, and we enjoyed the Aviary garden, the truly fabulous Rose Garden which could be smelled almost before it could be seen, and then the Grand Parterre along the frontage of the house.

Helena walked some of the time, and rode in her wheelchair some of the time. Never complained, never made demands, and always seemed in complete wonder at every place she went and everything we saw.

After this, and somewhat later than planned, we headed into the city of Oxford. Arriving at almost 4 O'clock it was too late to do any organised visits, so we just ambled around for three hours. We found a chippery that gave us 'Posh Fish' for less than £6 a head with cheaps and beans or peas and it was really tasty.

Then back to Days Inn at Junction 8A to collapse. Ten hours exploring today. Tomorrow we transfer to Kent. 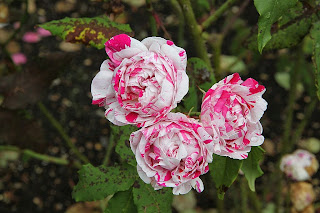 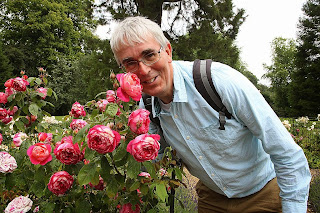 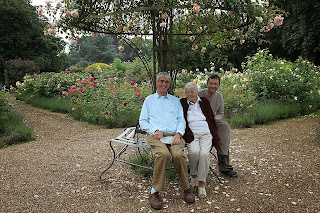 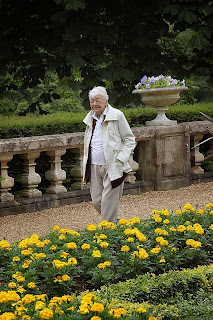